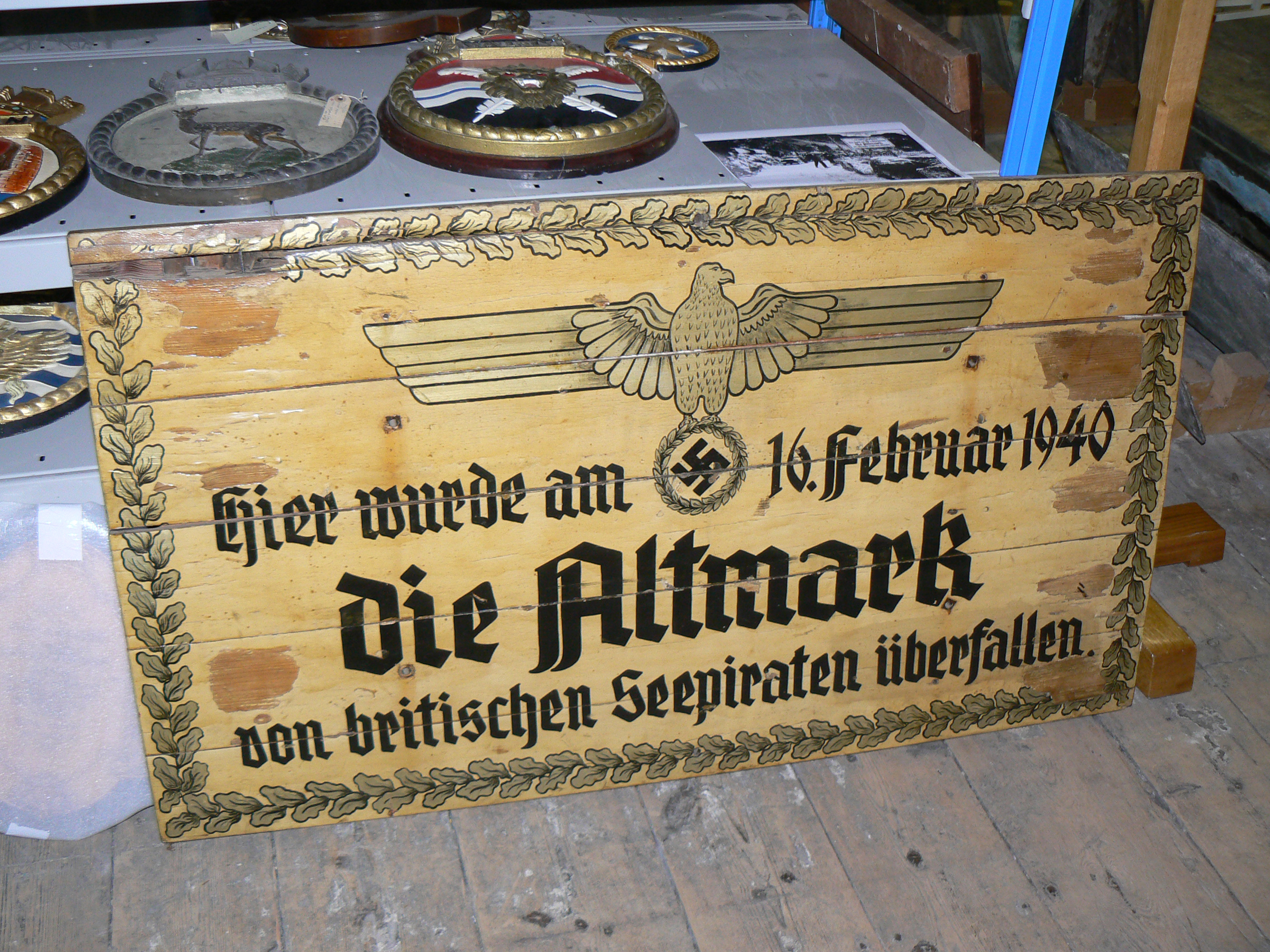 In February 1940 Cossack boarded the Altmark in Jossingfjord, Norway and rescued 299 merchant seaman held as prisoners. Subsequently, when the Nazis occupied Norway, they erected a board on shore near the spot where the boarding took place. When the allies had driven the Nazis out British airborne forces “liberated” the board, which was double sided, one side was given to Admiral Vian and the other went onto their museum.

A Norwegian historical group, the Lister Defence Historical Association based at Lista airfield, not far from Jossingfjord, wished to have a replica of the board for their museum, Festung Lista. It was created by one of their local members, Asbjorn Skoien, and, as you can see in the photograph below, he has done a fantastic job. Compare it with the one to the right, the original, which was donated by Admiral Vian’s daughters and now in the RN Museum, HM Dockyard, Portsmouth. 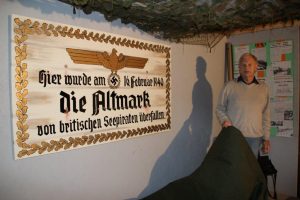 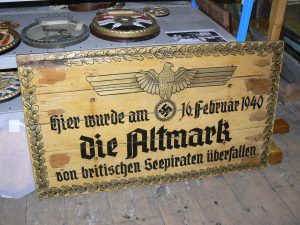